A website is only as good as its speed. Unfortunately, determining the exact cause of your website’s speed deficiency can be an arduously meticulous task for website administrators. All’s not lost, however. There exists a simple technological solution to reduce the weight of your website and increase its speed: CDNs. This guide will serve as an intro to CDNs (Content Delivery Networks) and how they speed up your site.

A CDN is a distributed server system between clients, which is designed with the intent to improve the performance of websites. It does this by copying the static content of a client’s website—such as images, on-demand video, CSS stylesheets, JavaScript and more—to a network of remote servers. When requested by viewers, the content is accessed from the closest server to the party from which it is being accessed. The result is a fast-loading, highly reliable website.

The need arose for CDNs, web servers, cache servers, and other similar services almost as soon as the web was born. By the late ‘90s, as the popularity of the Internet came into its own, content delivery networks were built to handle the increased level of network traffic on the Internet. The year 1998 saw the first incarnation of a major company formed around the concept of a CDN and it was soon followed by many telecommunications companies including AT&T. Today, the content delivery network market has grown exponentially with both commercial and non-commercial CDNs having entered the CDN market, which account for a bulk of the Internet’s content data used for viewing images, watching videos, downloading apps and playing games and other website content—to name but a few.

A CDN functions in a similar way as the web as a whole. The CDN provider will place servers all over the Internet—similar to the web’s installation of server hubs across the world. In fact, CDNs will, most often, be installed in geographic locations on earth that are in relationship to the Internet’s main server hubs, or internet service providers (ISPs). All CDN servers act as a caching station and sync unilaterally with one another. This works to provide users from all over the globe with non-centrally located Internet content, without degradation in the website’s loading speed or content performance quality.

When a website owner engages with a CDN provider, the client gives permission for the CDN to access the owner’s server network. There, the CDN provider will copy all of a website’s original static content and objects, which are uploaded to the CDN servers. The content will remain cached and available for distribution to the entirety of a provider’s service area for the duration of a client’s engagement.

When a website uses a CDN, a visitor requesting it will only load the core HTML from the origin server. All the rest of the static content (the stuff that doesn’t change often) such as CSS, javascript, and images – are loaded from a separate server – one which is highly optimized and distributed for such purpose.

This process speeds up your site in several ways. First, it reduces load on your server since it is handling less processing. Second, since CDNs have your content duplicated all over the world it is more likely that the visitor can load these files from a server that’s closer to them. Third, some browsers limit how many concurrent connections a visitor can have to a single server. By utilizing another server it allows multiple parts of your website to be loaded at the same time since it can open more connections to different servers.

The process of using a CDN incorporates several pieces of IT infrastructure. Before your website’s content is retrievable from the network, your static content must be processed. The process of preparation for upload involves three main pieces of infrastructure. In harmony, this allows web content to be seamlessly accessed from any point within the network, regardless of geographic location. 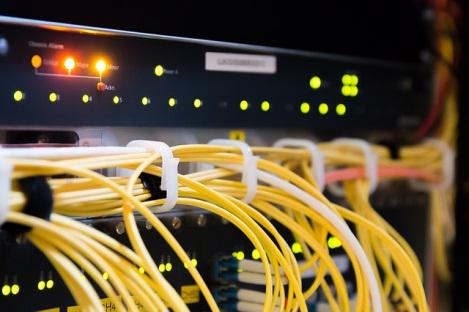 A point of presence is a physical data center. They are strategically located at locations that enable them to access cornerstones of the Internet’s data framework. The location of these points is based on geographic data and ease-of-access. These centers act to reduce the amount of round trips made by content requests.

Each PoP will usually contain numerous caching servers. When you engage with a CDN, your website’s content becomes cached within servers of this type in multiple points of presence. They act to reduce the amount of resource consumption (and, thereby, time taken) for website requests. This effectively reduces bandwidth consumption across the web of the Internet.

In each caching server, there are multiple storage devices with high RAM volume. These are similar to the hard drives in your computer, except, they typically hold more data. These are made up of solid state drives, RAM, and a combination of both for cloud data.

Try a CDN to speed up your site!

At its core, a CDN is a network of hard drives. However, the simplistic nature of that designation does not do justice to the integral part that CDNs play in the efficiency of the Internet. Though CDNs are not essential for small websites, they are one of the building blocks that have made the World Wide Web as useful and endlessly versatile as we know it to be today.

At MachMetrics, we always recommend trying out a CDN to see the before and after effects of how it can improve your website performance. You’ll likely be surprised and how easy it is to setup, and how much faster it makes your site load.